Concept and creation: Szymon Felkel / Saymoon Studio
Pareidolia
In his new series of works, presented on the Instagram as Mr.AstroMoon, Szymon Felkel offers a different approach than in the previous series, in which the artist has been catching the glimpses of daily life and the cityscapes of Chicago and New York City, the latter bringing him a prestigious IPPAWARD 2017 (10th Annual iPhone Photography Awards).
If the urban landscape series had a lot in common with the concept of Henri Cartier-Bresson’s decisive moment, then the stone “portraits” one moves closer to experiments of early photographic avant-garde, including surrealists.
Szymon/Felkel’s photographs evoke the phenomenon of pareidolia (the term derived from Greek para eidolon – something hidden behind an image) which is a psycho-physiological, atavistic ability to recognize a human face in random patterns. If these forms come from the realm of nature they may be clouds, random stains or stones – in this case called mimetholits.
The mimetholiths photographed by Szymon Felkel have some initial, figurative features because of which the artist chooses them. With an aesthetic intervention limited to a minimum, Szymon places the “eyes” of the creatures, in their apparently right place. In this act of creating a face, the matter of nature changes into a cultural artifact. It’s like something, that had been missing in a random, natural composition needing this finishing touch. This simple gesture of putting a glass eyeball in the stone “eye socket”, transforms the light and shadow forms into recognizable quasi-facial features.
In the European visual culture, eyes have always been considered the most important part of a human body, as a bridge to transcendence. Sometimes this belief used to lead to destruction of eyes of painted figures by iconoclasts of different epochs. The eye contact that a painted or sculpted figure kept with a viewer, has always been considered metaphysical.
Whereas in fine arts pareidolia was practised as a form of inspiration by artists such as Leonardo da Vinci and applied by Giuseppe Arcimboldo. Its mechanisms were highly praised by 20th century theorists looking for the doors to alternative forms of psychodelically enhanced perception (for example Timothy Leary). Nowadays the phenomenon of pareidolia is applied in experimental DeepDream software, while the ironic side of automated facial recognition reveals when some parts of a neutral image recorded by Google Street View, are blurred due to apparent face being recognized here or there.
Another aspect of Szymon Felkel’s photographs is their “natural turn”, as something quite opposite to the previous, urban motifs. This sort of biofilia, resulting in portraying the humanized stones, has some roots in the in the early history of photography as a medium capable of seeing things differently that the natural, human optical apparatus allows. The biofilia, understood by Edward O. Wilson as a human need to be unified with all the living organisms, is present in the experiments of avant-garde photographers like Edward Weston, György Kepes, the explorer of microcosmos - Carl Strüwe. Surrealist Eileen Agar, for example, focused on finding the unusual in the shapes of nature, photographing megaliths and strange shaped stones. They were all searching for sleek beauty, or sometimes a weird, unexplained association we might have in contact with a particular form. The early pioneers of photography, like Ernst Fuhrmann, were also looking at nature as a part of a living, yet so alien matter. If Carl Strüwe’s photographs were called journeys to the unknown worlds, then Szymon Felkel’s photographs may be called portraits of the unknown, unexpected models.
Pareidolia is also applied in psychological tests, as it enables “to gain insight into a person's mental state” (Wikipedia). However, pareidolia may have a darker side, as it may be a pattern recognition that goes too far, coming closer to hallucinations and the obsessive states of mental illnesses.
Therefore pareidolia, which mimetholiths phenomenon is a part of, may be sometimes considered as a deviant form of perception. If it is so, who is the bearer of the deviant approach? Is it the artist himself or are we rather the deviants, being able to see in a piece of a stone, the grimaced faces in all their weirdness? Szymon Felkel’s works points at the fact that any viewer may discover her pareidolian abilities and start to see things differently. The mimetholiths in his images are then created or rather discovered, as they had always been there, waiting for the artist to find and repurpose them. However, the main tool is still a portable and highly prosthetic iPhone camera. No fancy high-end gadgets, no studio arrangements. Just a man with the (iPhone) camera.
Ewa Wójtowicz, PhD (dr hab.) is media arts researcher and art critic with a background in fine arts, teaching at the University of Arts in Poznań, Poland. Author of monographs: Art in Post-media Culture (2016) and Net art (2008). More: Link
more info: Link 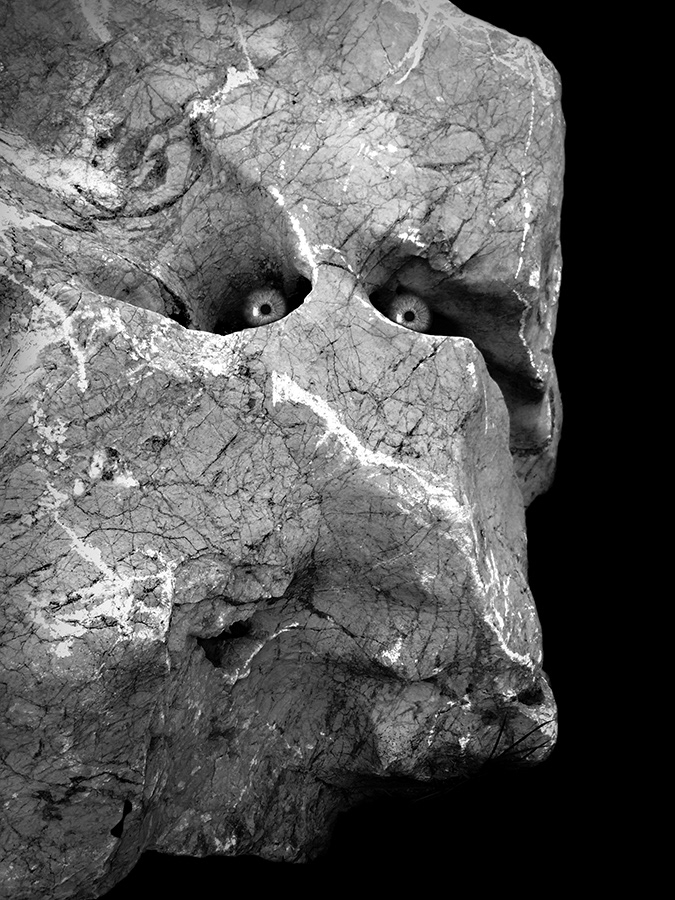 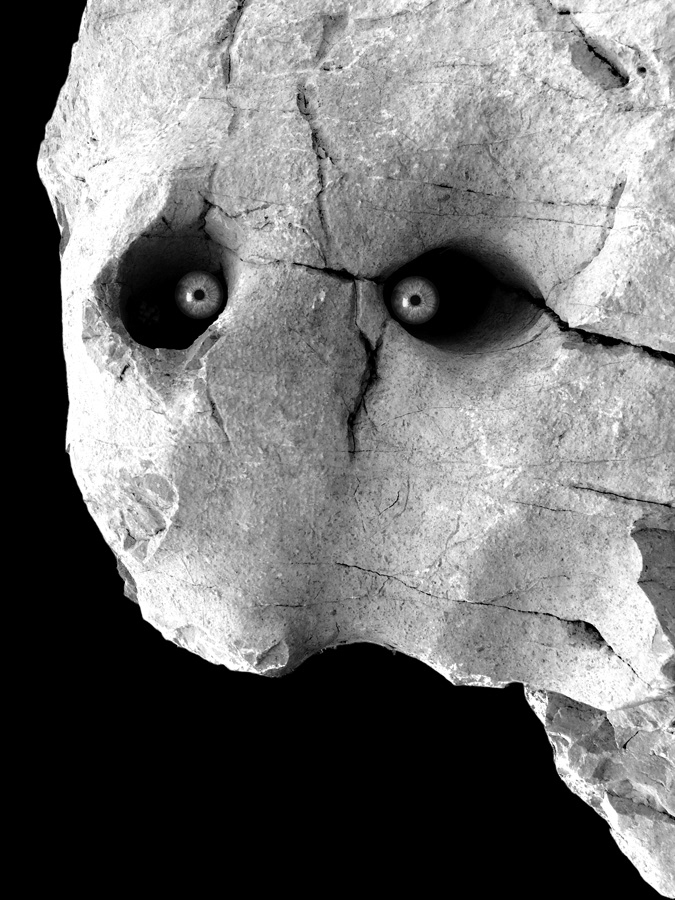 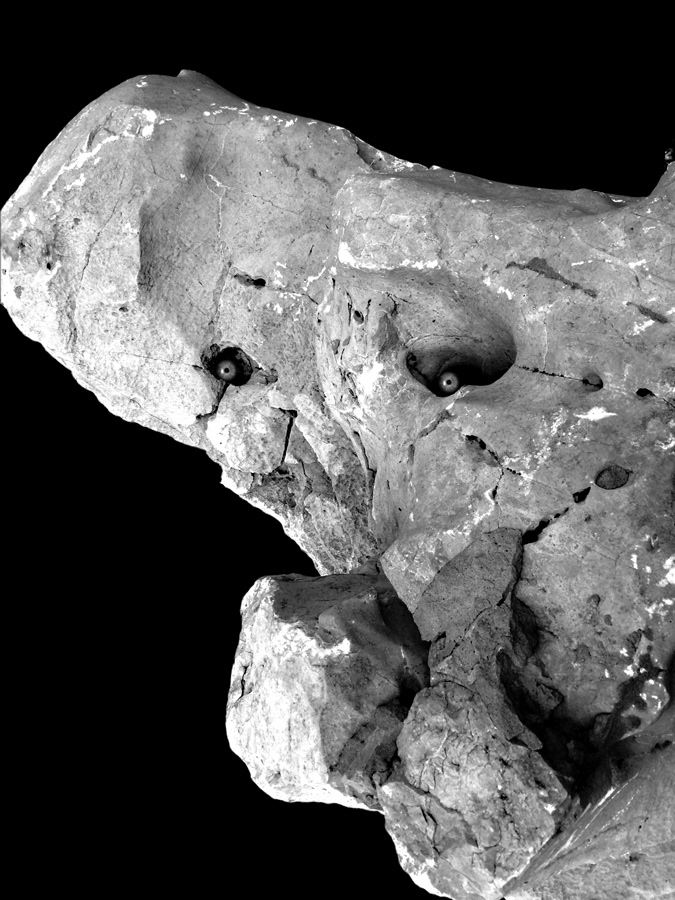 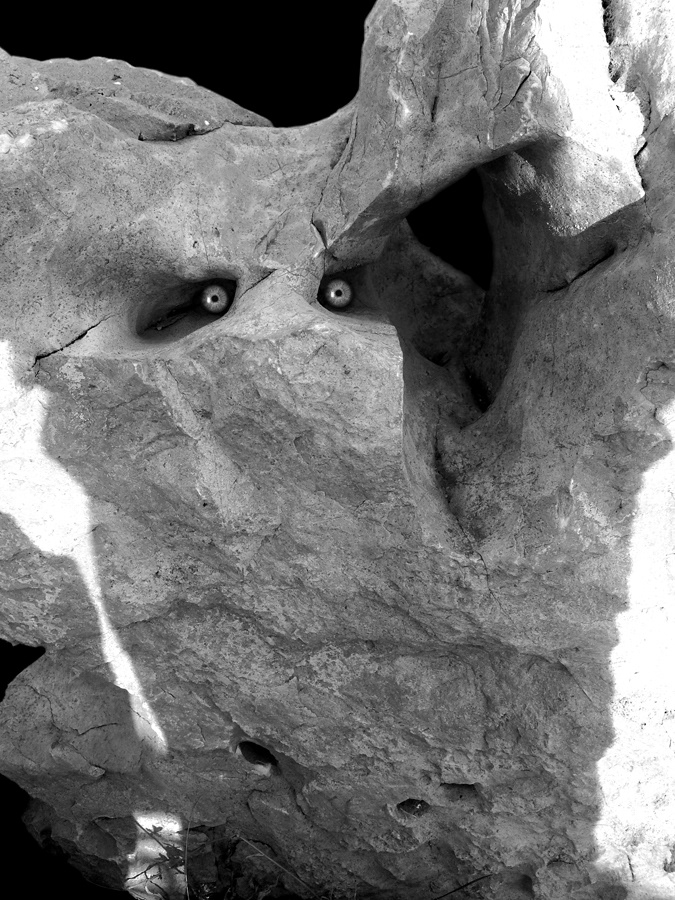 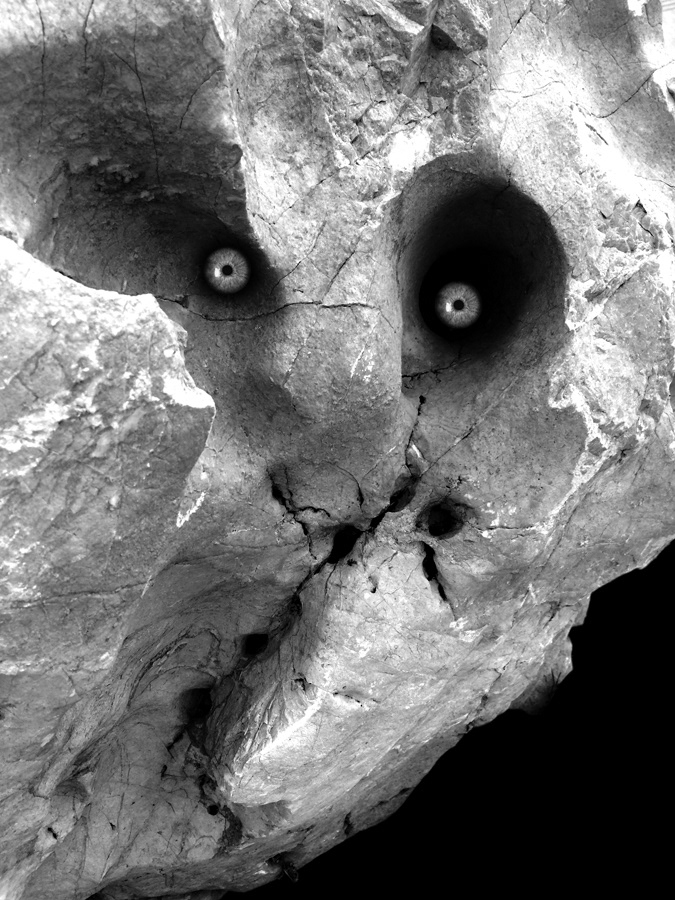 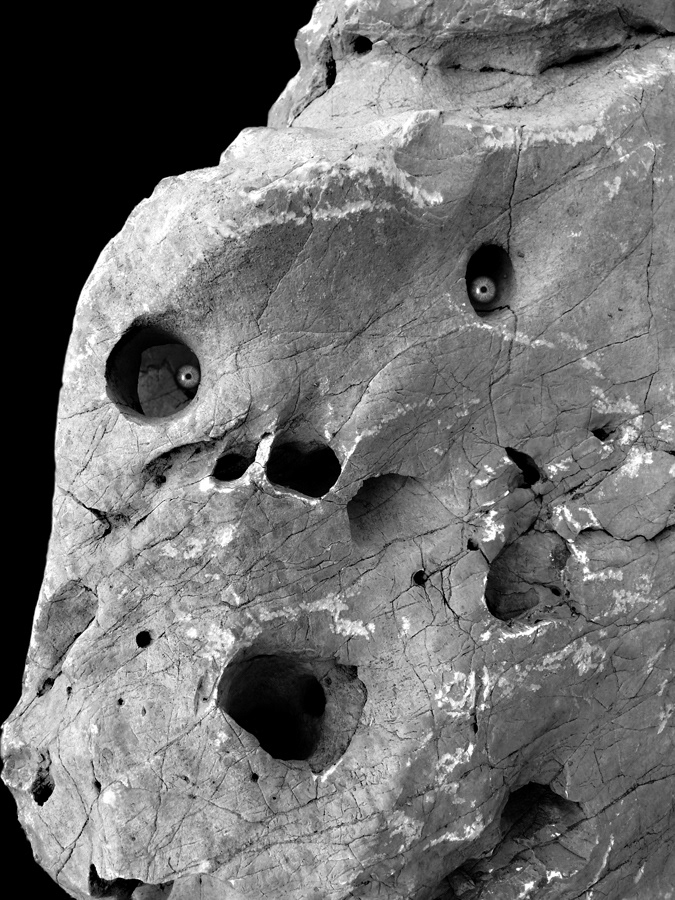 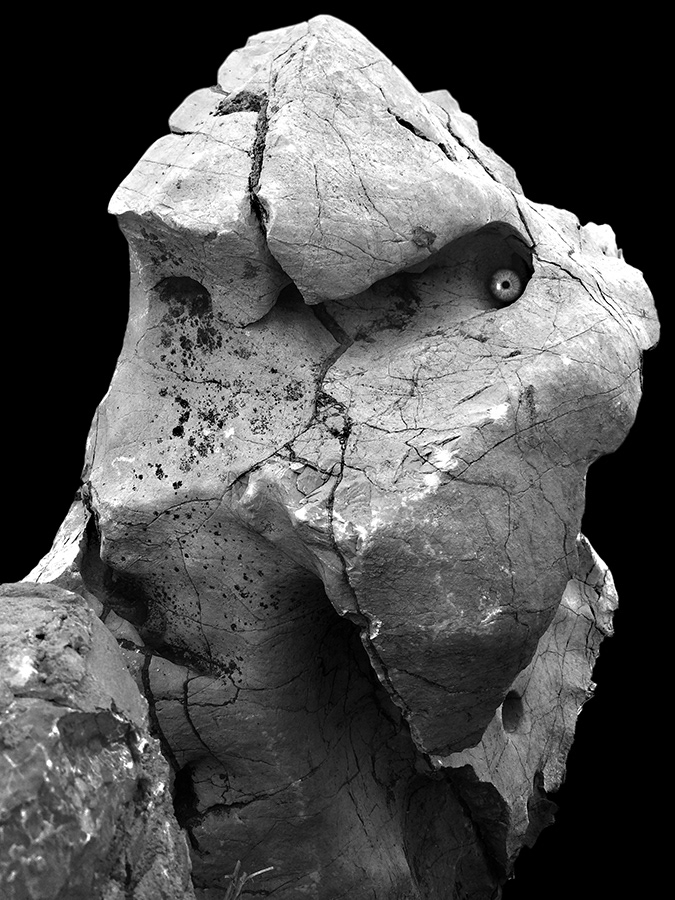 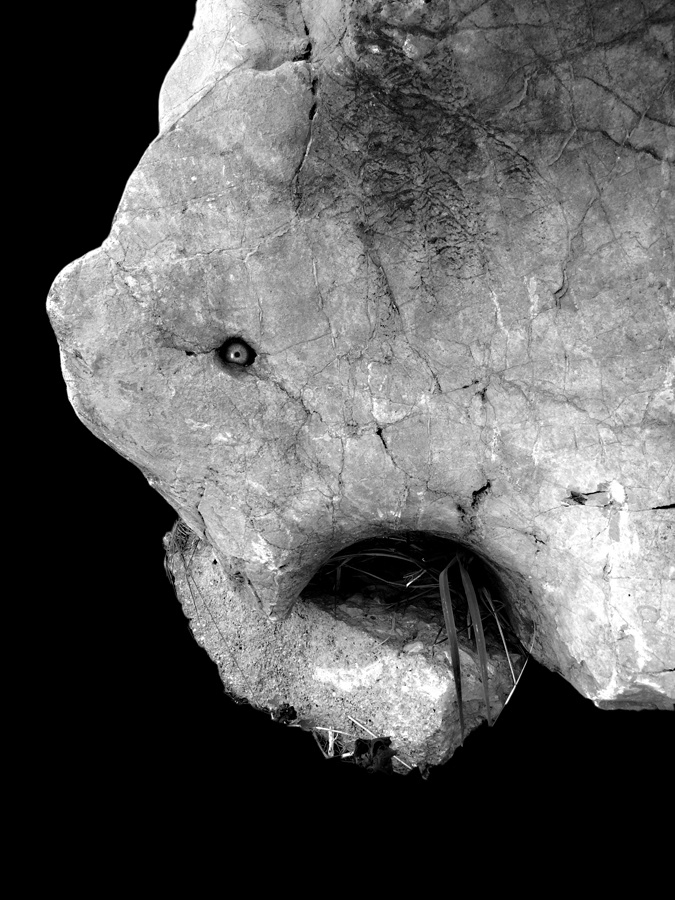 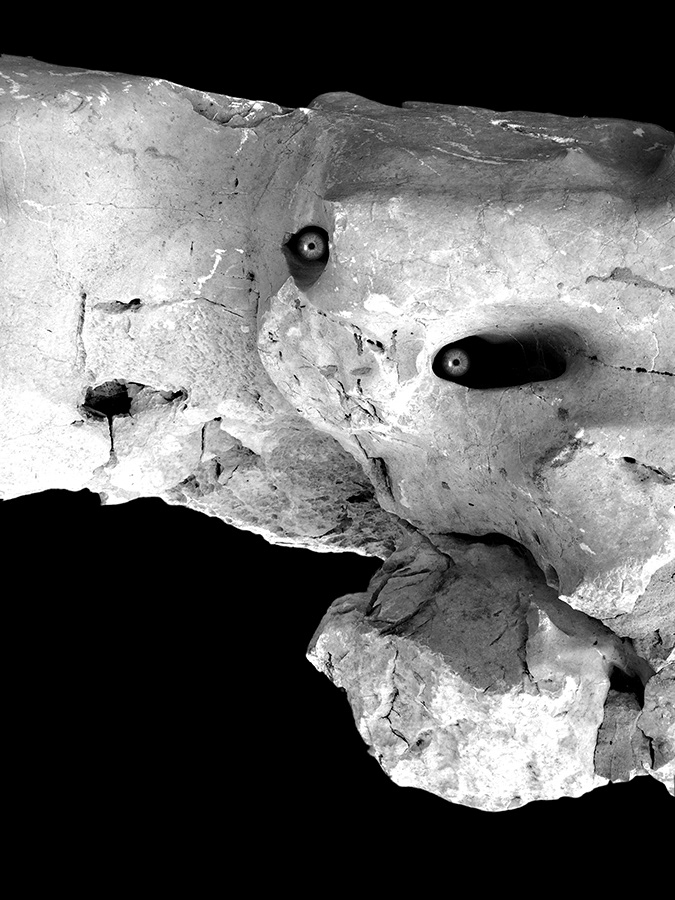 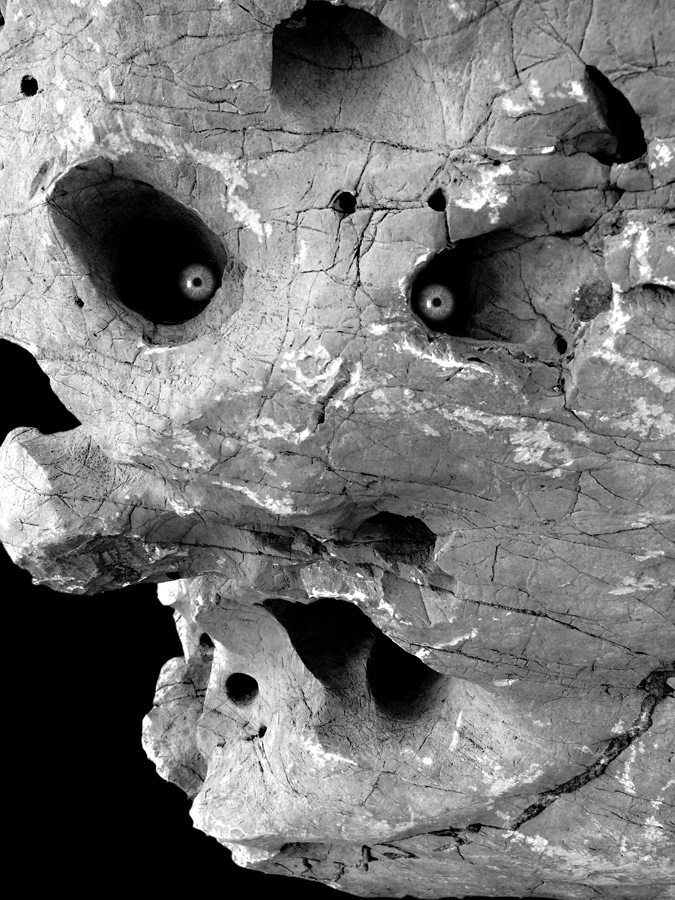 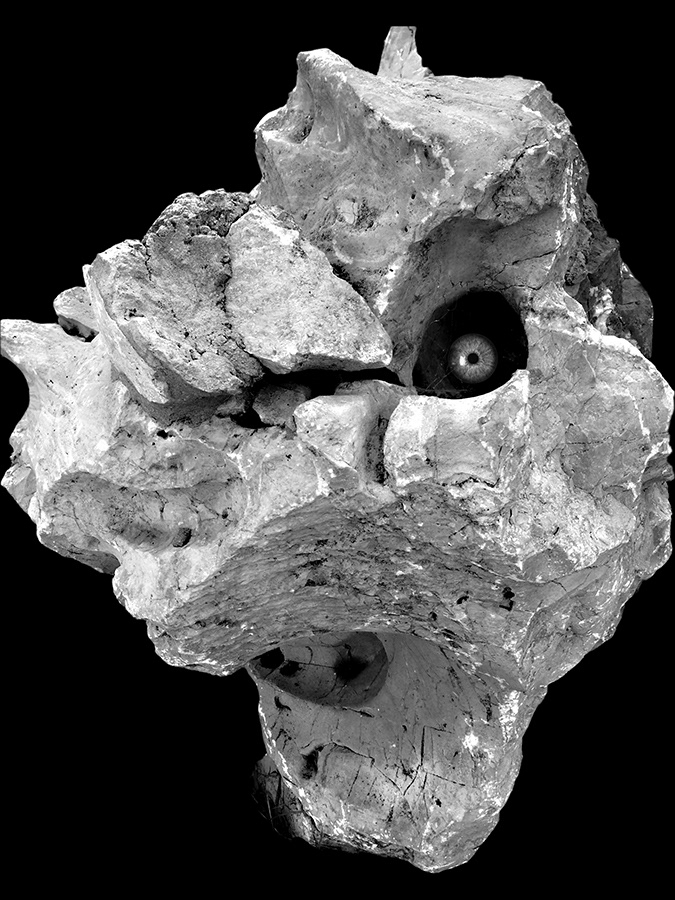 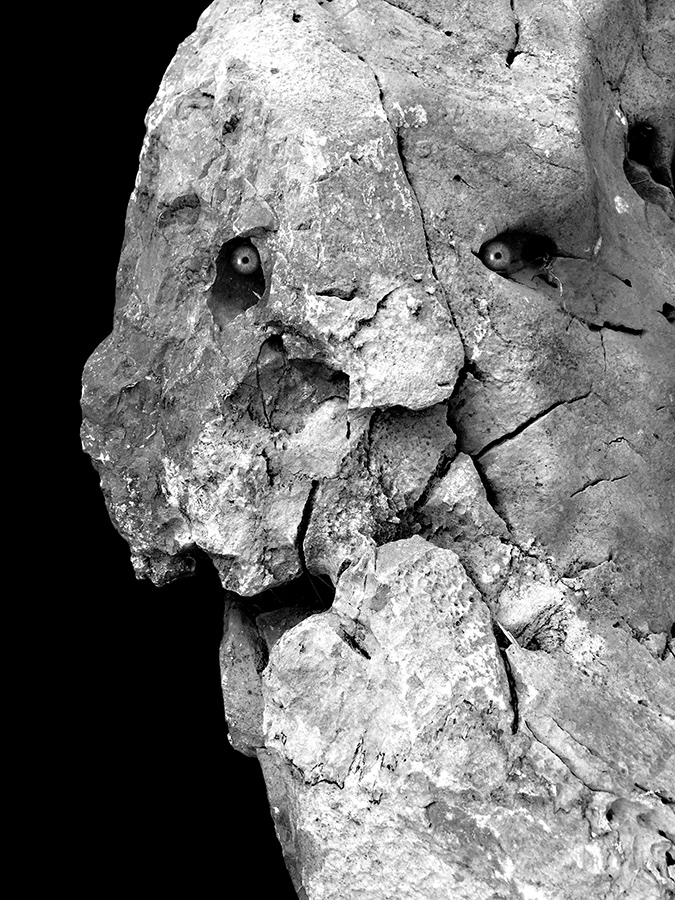 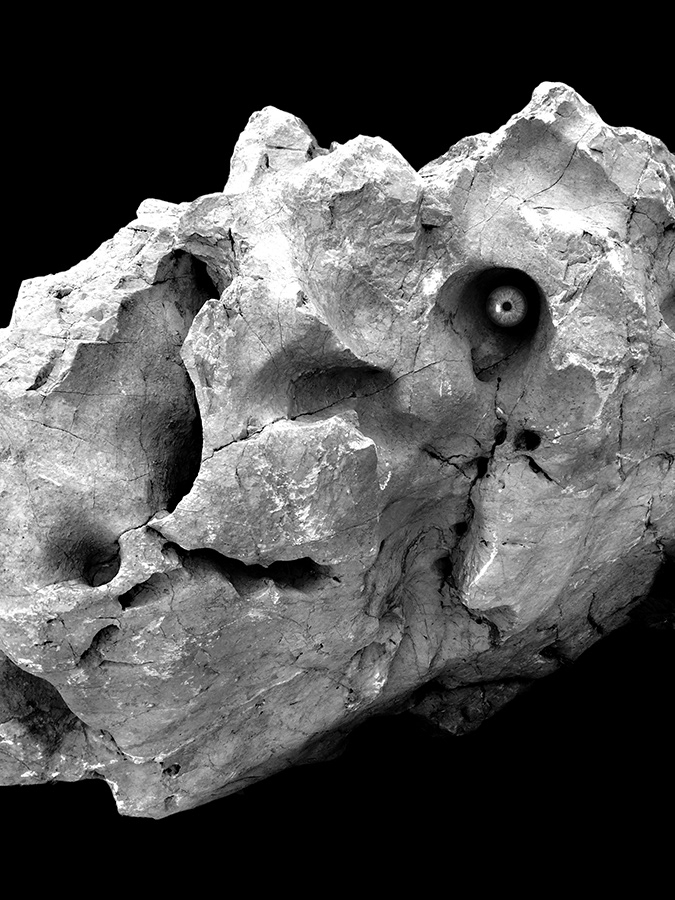 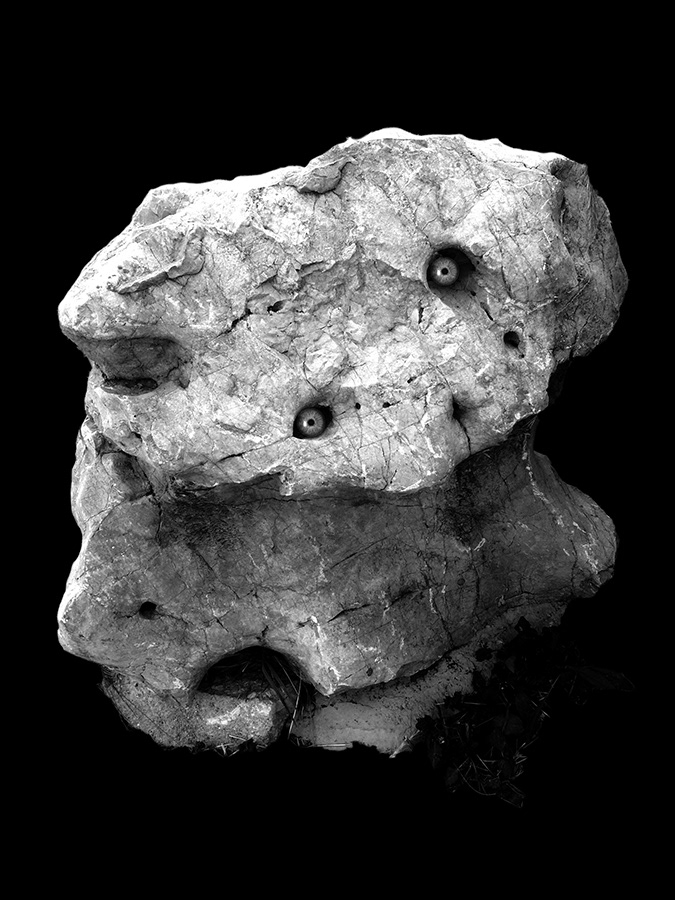 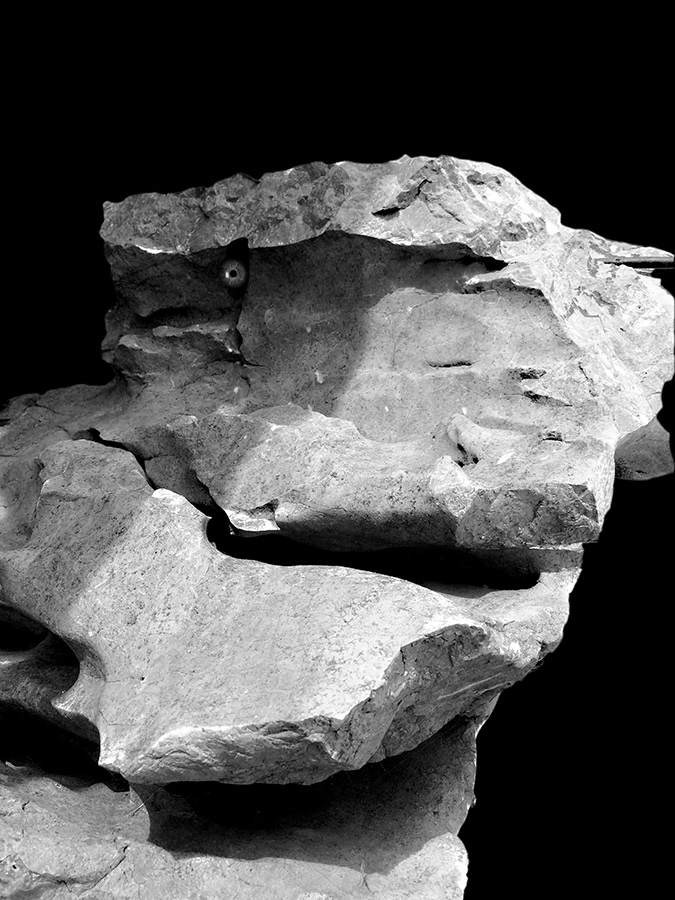 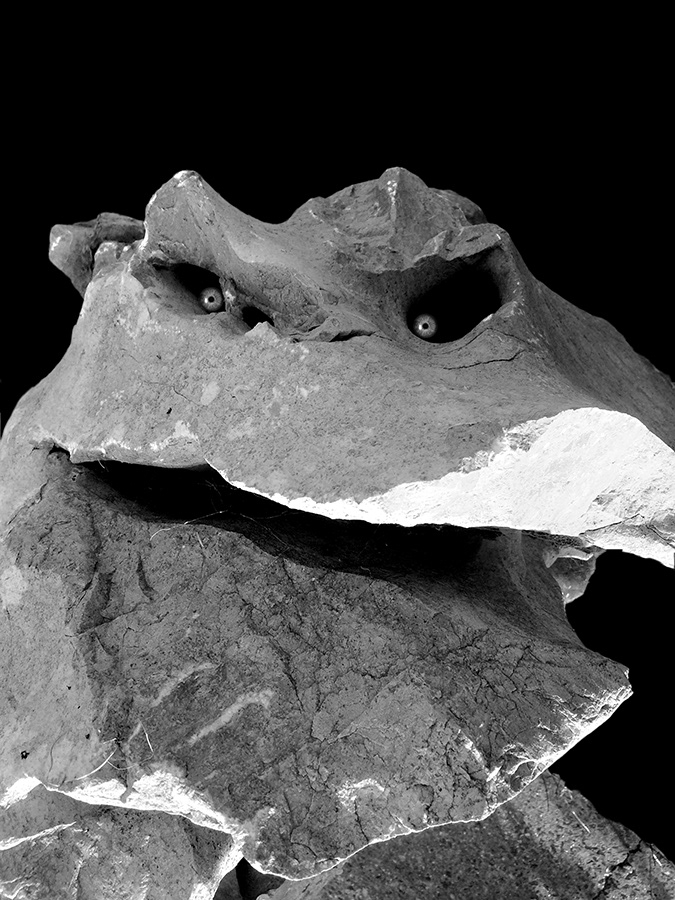 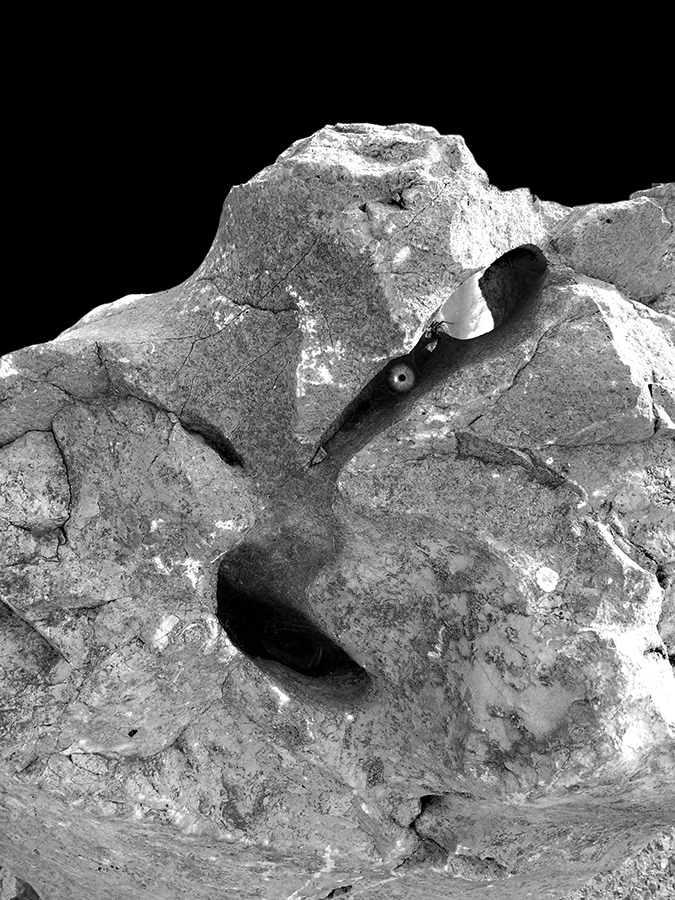 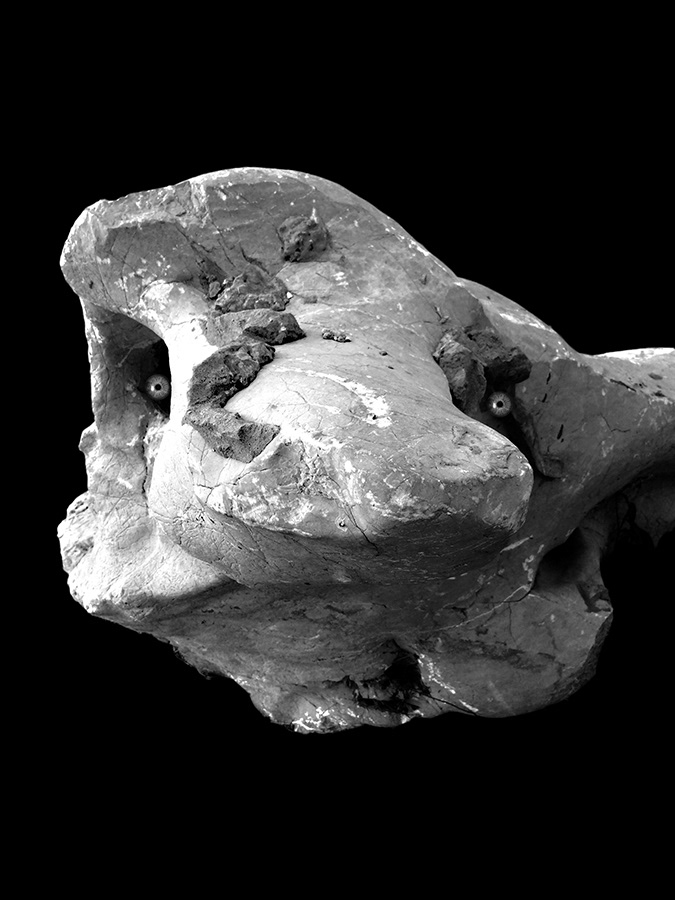 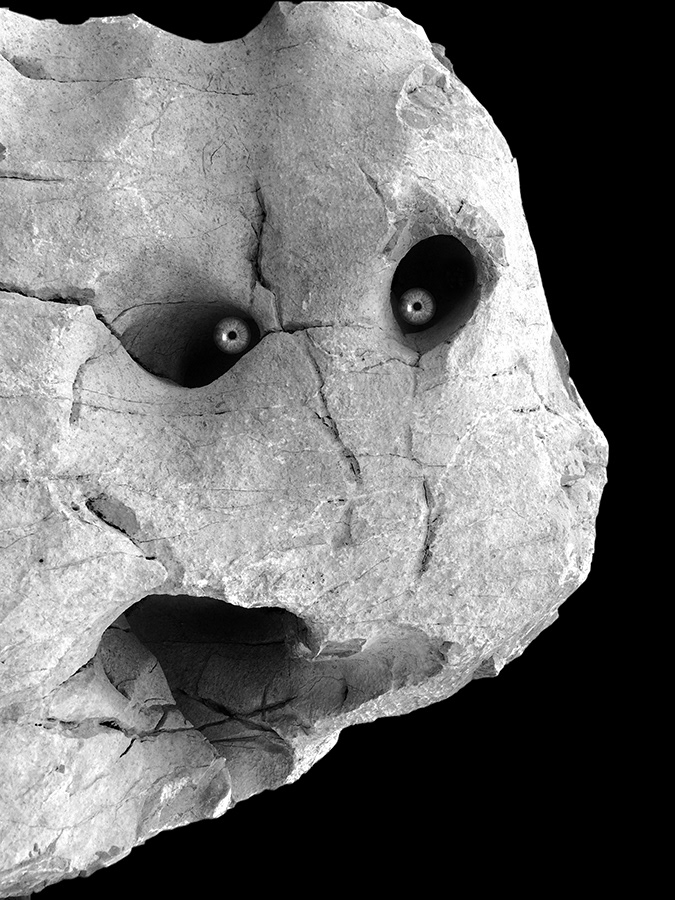 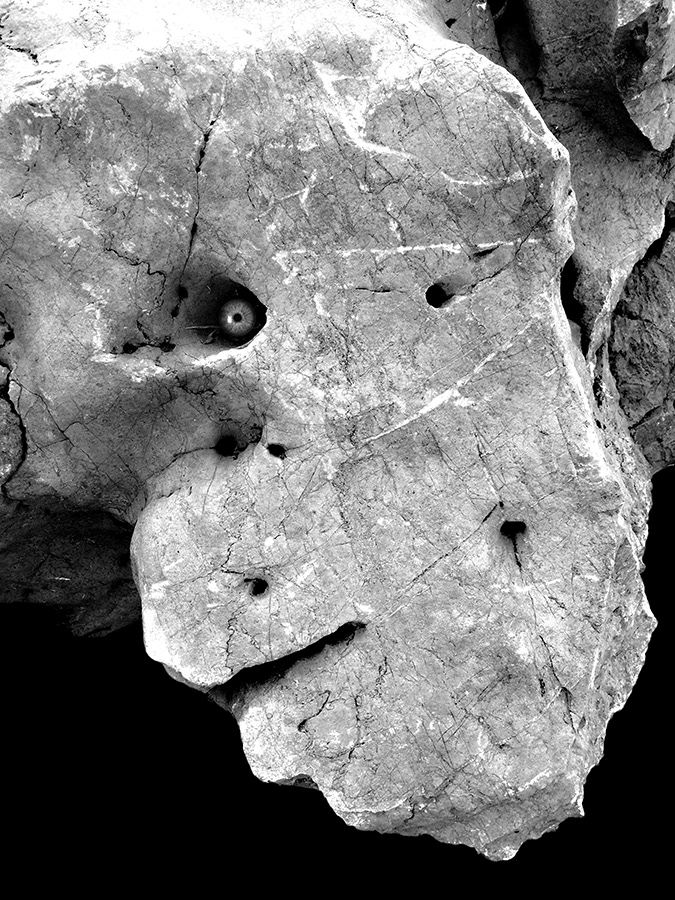 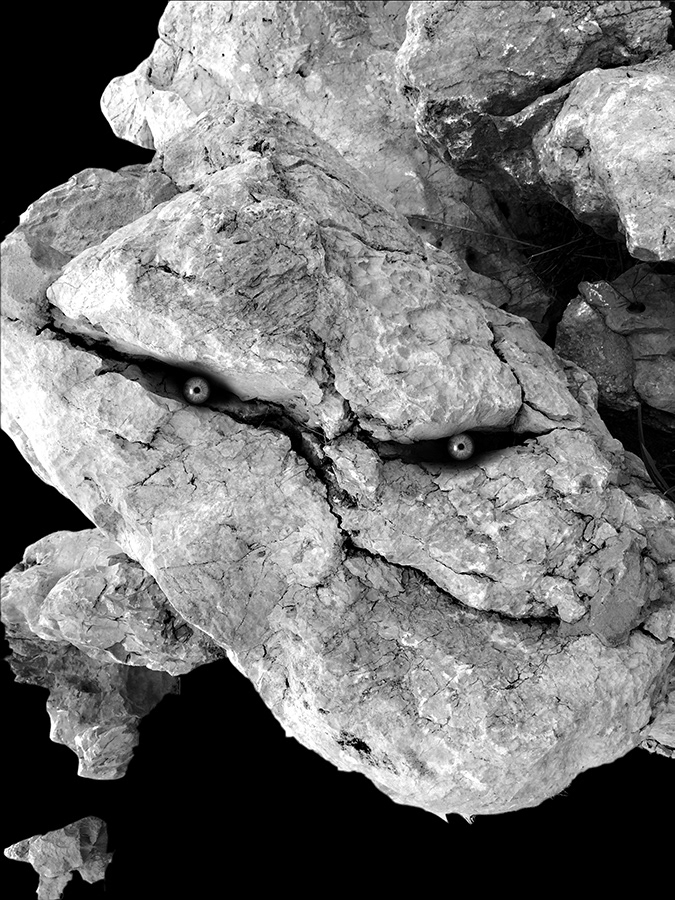 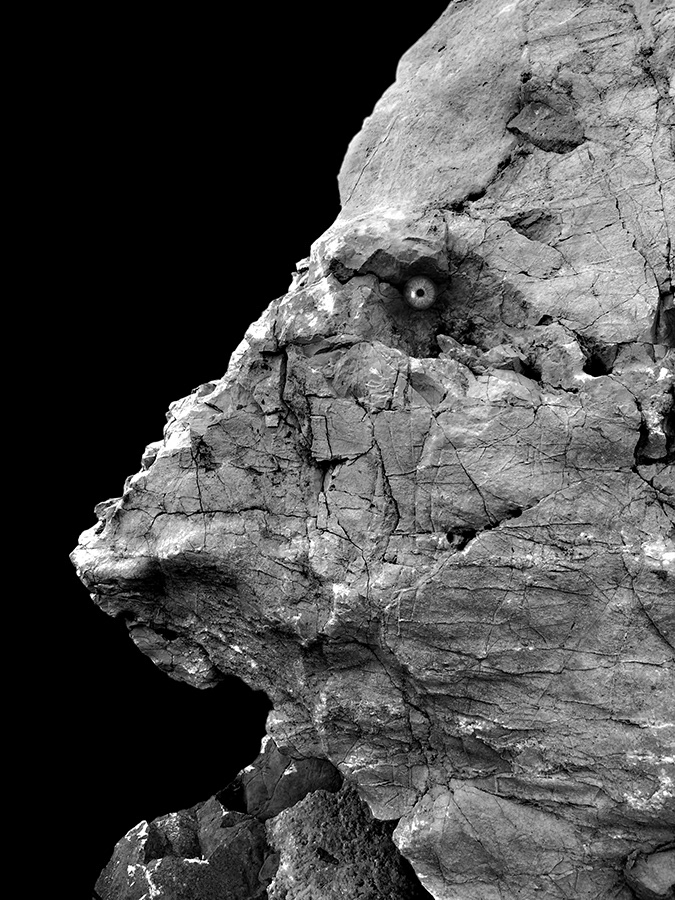 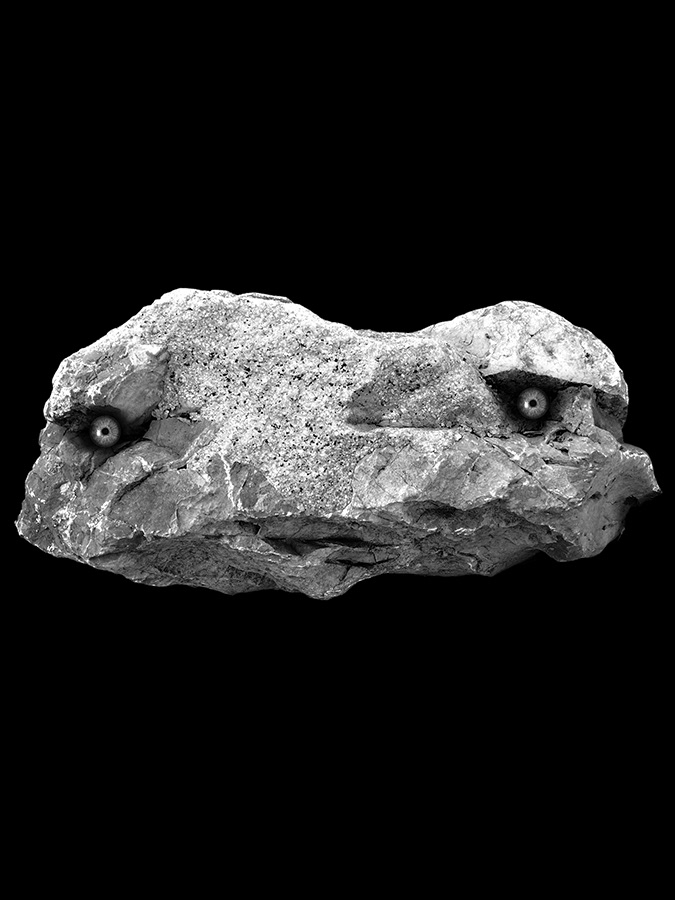 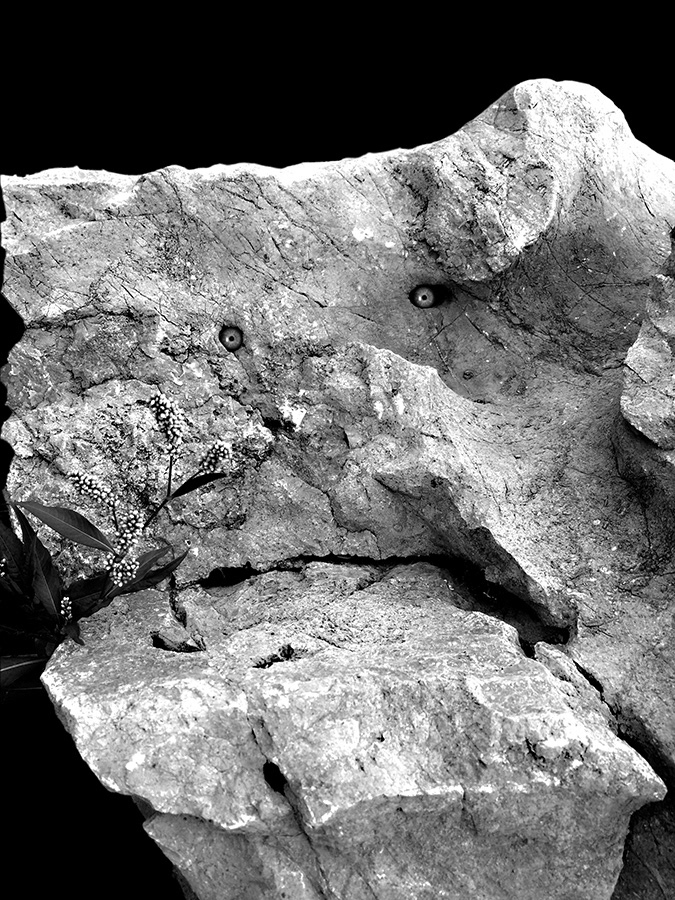 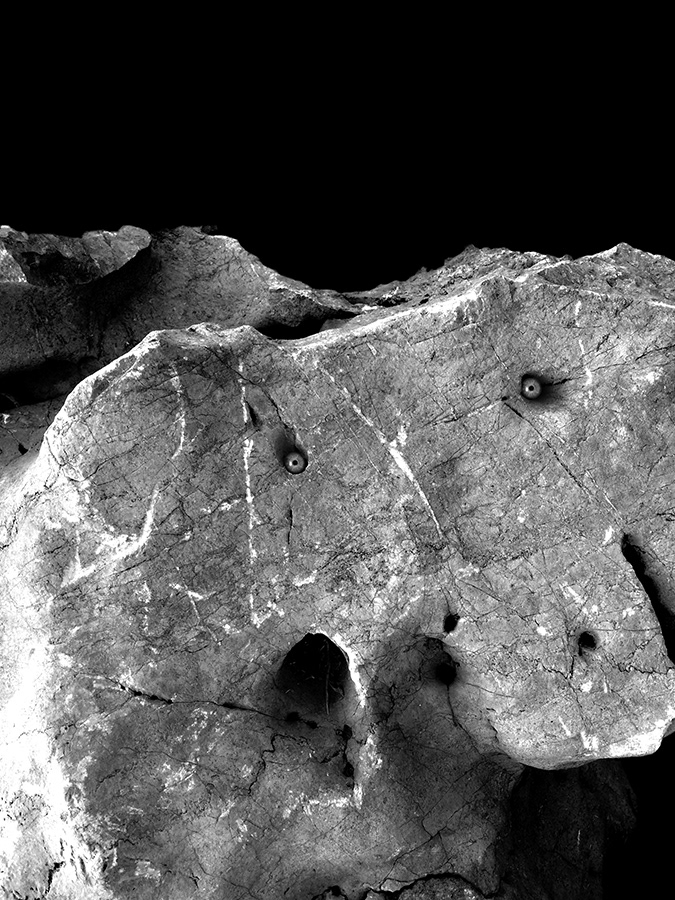 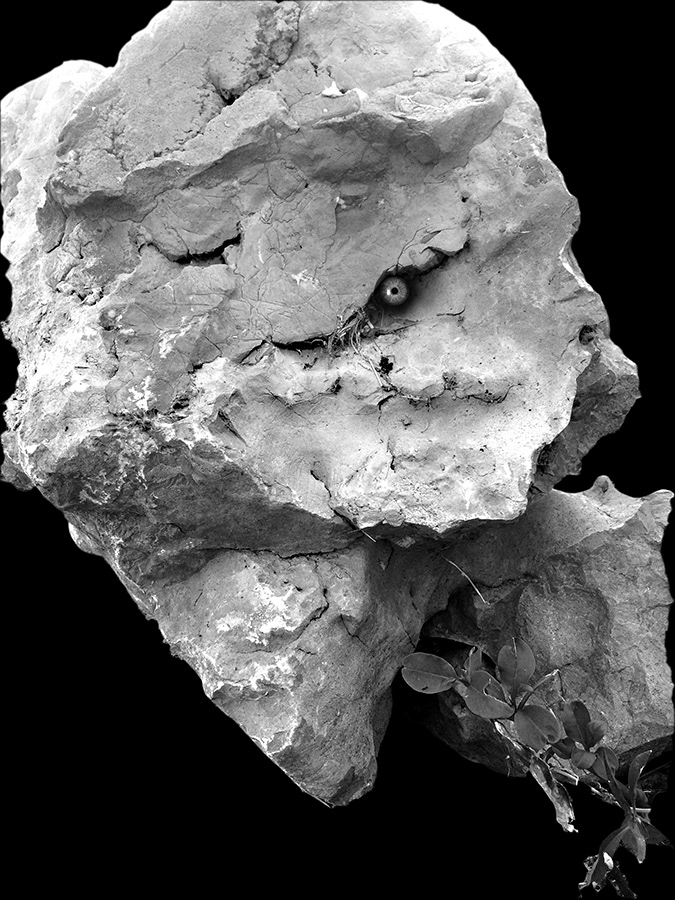 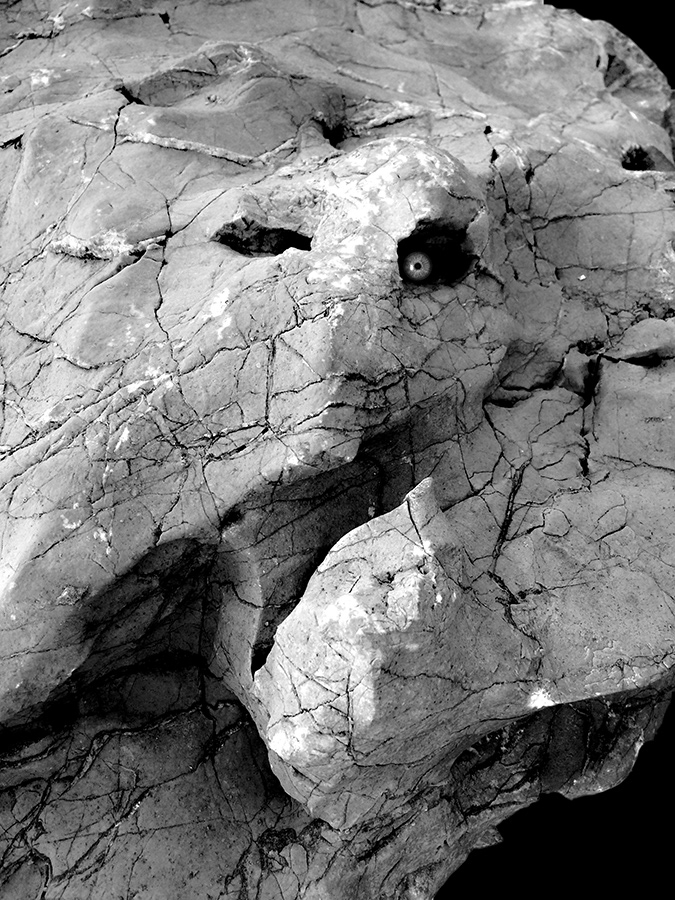 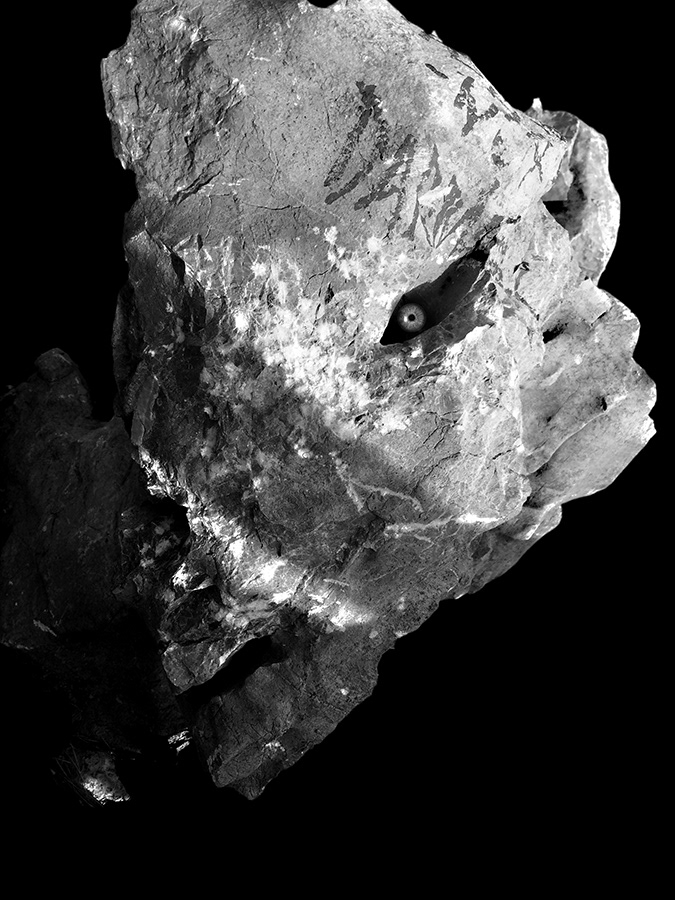 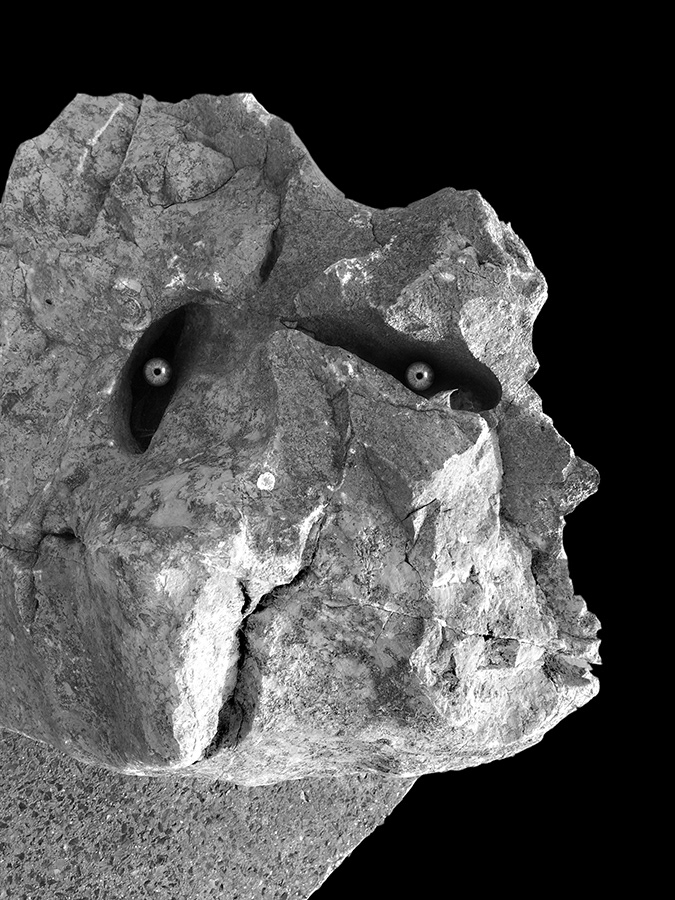 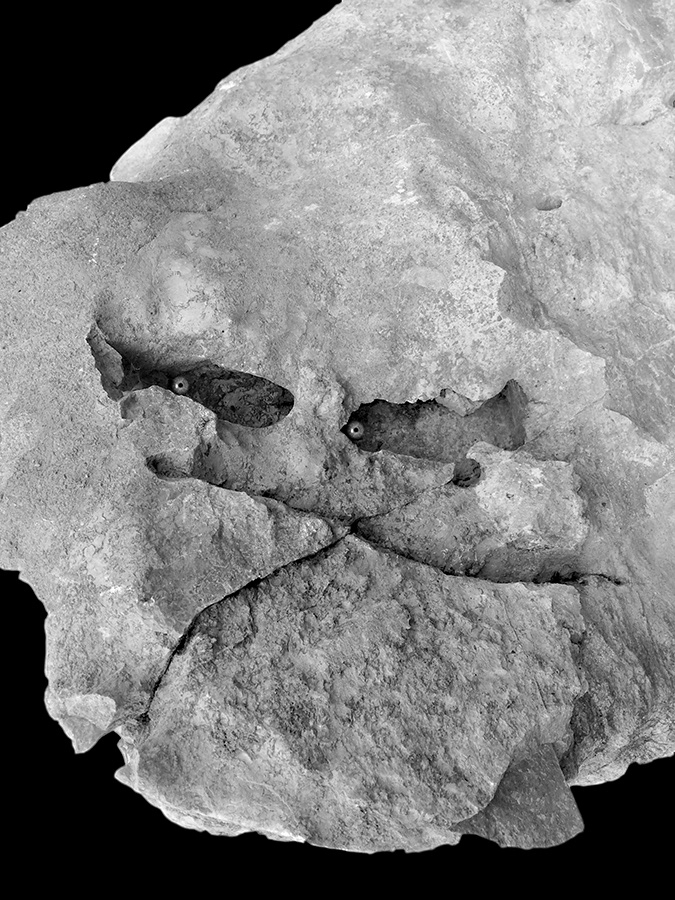